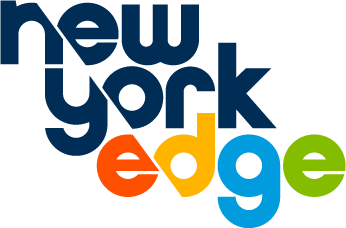 Making the Most of Summer

Ydhelca Perez joined New York Edge – the largest provider of school-based afterschool and summer programming in New York City – in 2017, as an event coordinator in the organization’s art department. She grew into the position of summer program manager, responsible for ensuring the organization’s more than 100 summer camp sites are each offering exceptional programming in a safe and secure environment that fosters growth and development among youth.

During the summer of 2021, Ydhelca oversaw all aspects of New York Edge’s summer camps as part of the city’s Summer Rising program, ensuring the organization met the ever-changing needs of communities while offering its students safe, enriching, and engaging programming. In her role, she coordinated various initiatives, including permits, licensing, curricula development, staff recruitment and onboarding, staff training, student enrollment, work scopes, data reporting, vendor approval, new partnerships, and communication with funders. As a result, New York Edge served more than 10,000 students, playing an instrumental role in reintegrating youth into an in-person environment with their peers and educators, motivating them to remain positive and engaged, and helping them to kick off the next academic year on a strong start.

In addition to her role as summer program manager, Ydhelca serves as interim deputy director, where she is overseeing five New York Edge program managers with the operations of their sites.

Ydhelca attended Hunter College and earned a Bachelor of Arts in literature and modern dance.

When asked why she joined New York Edge, Ydhelca says: “New York Edge’s mission is so close to my heart because I’m a product of after school and summer camp. It’s the place where I learned English and made friends when I first came to this country. It’s the place that supported me in thinking bigger and wider in regards to what was possible for me. I went from not knowing English at all to graduating as an English major, thanks to the exposure I got in afterschool and summer camp.”

Video demonstration of how to post a job on Pathfinder

Want to tell your story?